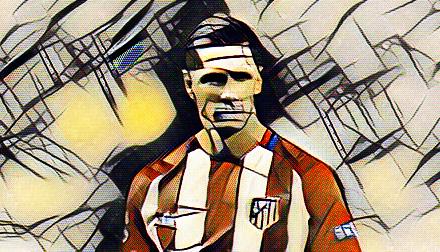 Over the course of the offseason and even as the 2018 MLS campaign begins, there have been transfer stories galore covered on this very website. When I asked Rundown about transfer stories that never happened yet earned column inches, the response back was “don’t even get me started” while he sported an expression hauntingly illuminating that all the light in his eyes has been extinguished.

One story that has picked up steam this week concerns a Spanish striker who spent time in England, no, not Michu or Álvaro Negredo… Fernando Torres.

The link between El Niño is not a new one, in fact it’s very old hat but with Torres announcing that he is departing Atletico Madrid, the rumour mill has reared its ugly head once again. Fernando is still a big name, he has value and that will bring in potential for him to move for the riches on offer in China but the Super League are clamping down hard on foreign players, limiting opportunities for a player who is moving to increase playing time and in Torres’ own words his intention is; “to continue playing for two, three or five years”.

Torres has found himself quietly shuffled down the pecking order following the arrival of the fiery Diego Costa to join Antoine Griezmann and Kevin Gameiro in the Atletico strike force. Despite his age and reduced playing time, his contribution has not waned with a goalscoring contribution coming at close to the same rate as in the previous two seasons. Torres still runs, controls the ball and finishes well. He still prefers cleverly running in the wide channels outside the area and attacking from an angle with his supreme touch.

Straight away your thought goes to his previous manager, Rafa Benitez, now at Newcastle United. He tuned Torres into partnership with Steven Gerrard and a reunion at St James Park would mean the passionate Geordies have another star striker to adore. However, it’s no secret that at 34-years-old, the slower pace of the developing MLS may suit him better than a few fleeting moments in black-and-white stripes.

The question is, if Fernando Torres does come to Major League Soccer… where does he land? Well, it has to be a club with a spare international roster slot for a start and more than anywhere else, some MLS clubs just don’t sign players like Fernando Torres. He’ll never be unveiled at San Jose Earthquakes or Sporting Kansas City for example. Let’s look at the runners and riders…

If anybody knows how to get the best out of an aging star, look no further than Chicago Fire and Veljko Paunović. His Brian Clough-esque positioning of German legend Bastian Schweinsteiger as a sweeper is a good example of getting the most out of an experienced head.

Just ask Didier Drogba if the Impact has a solid history of getting goals out of big name veterans brought over from Europe. With Remi Garde’s current strikeforce failing to provide him with the goals needed for a solid play-off push, Torres could be the man to add quality to a forward lineup largely shorn of attacking nous.

This is rather unlikely but does make a degree of good sense. The MLS Cup finalists are without a goal in three at the time of writing and with Jordan Morris out injured, they are in need of a striker who knows where the goal is. The Sounders are an experienced unit and are entering the last chance saloon of winning the MLS Cup with those veterans still retaining their prime.

The final selection came down to Vancouver Whitecaps or Minnesota United but instead I’m coming around the wicket. New York City don’t have a spare international roster spot but if Patrick Vieira can ship one out, he’ll create one of the most potent and creative attacking combinations in the Spanish armada of David Villa and Fernando Torres. Now that is a partnership to drool over.