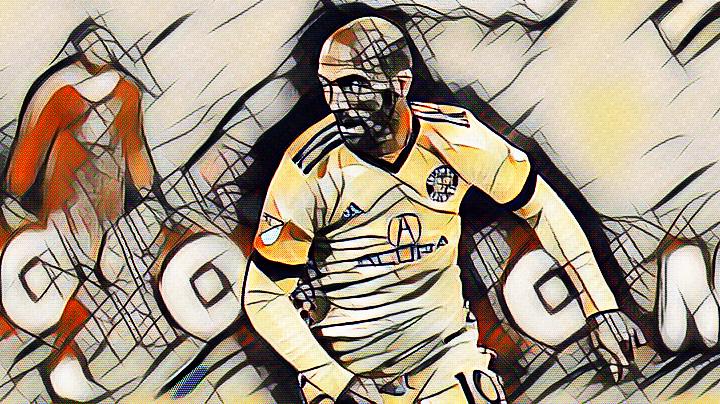 Despite plenty of uncertainty off the pitch, Columbus Crew have had a near perfect start to the new MLS season, as they currently have the highest points tally in the league. Gyasi Zardes has already scored more goals for the Crew than he did for LA Galaxy last season and the likes of Lalas Abubakar have been solid defensively, helping earn the team two clean sheets in four matches. However, on an individual level, it is undoubtedly Federico Higuain who has had the best start to the 2018 campaign, as he became the Crew’s first ever member of the 50/50 club, when he assisted during a 3-1 win against DC United this weekend.

The 33-year-old is part of an exclusive list of players, all of whom have 50 goals and assists each. Only 18 other players in MLS history have achieved this, putting the man nicknamed Pipa in the company of greats including Landon Donovan and Brian McBride, with last year’s MVP Diego Valeri the only other currently active MLS player on the list.

Higuain’s 50th MLS goal came in the second match of this season, as he scored the opener in a 3-2 win against Montreal Impact from the penalty spot. With a record of 50 goals and 49 assists, Higuain was made to wait to join the 50/50 club, as Columbus played out a goalless draw with Philadelphia Union in the following match, but he made up for the delay against DC United, when he led his team to victory, wearing the captain’s armband.

With the score at 1-1 following goals from Milton Valenzuela and Yamil Asad, Higuain put in a corner to the front post, which was flicked into the far corner by the head of Ricardo Clark, putting the Crew into the lead and securing Federico Higuain’s place in MLS history and the 50/50 club. The Argentine then proceeded to get another assist as he burst down the left-hand side, before firing the ball to Pedro Santos who turned it into the net, helping the Crew to secure their third win of the season.

Since moving to Columbus Crew from Club Atletico Colon in 2012, Higuain has become one of the greatest players in Columbus Crew history, a status which has been reaffirmed by his latest achievement. Having previously represented Besiktas, Club America and Independiente among other clubs, he has never managed to join his brother Gonzalo in the Argentinian national team, but since joining the Crew, he has made 153 appearances, getting an impressive goal involvement of over 1.5 per game. The Argentine has even earned himself a nickname of ‘King of the Chip’, due to his ability to lob opposition goalkeepers from crazy angles and distances.

However, it is not just his exploits in front of goal which made Higuain such a well-respected member of the Crew. He has the ability to get Columbus up the pitch into dangerous positions, whether that is with his passing range and accuracy or using his quick feet and close dribbling to weave his way past the opposition.

He oozes extravagance and skill on the pitch, but his interview following his big achievement was understated. The Argentine championed the work ethic of himself and the teammates he has played alongside since joining the Crew, when asked about his achievement. The Argentine then thanked his colleagues for helping him to claim the accolade, before quickly moving onto the next game that Columbus Crew will play, stating that playing Vancouver Whitecaps will be another challenge for his side. It was clear that while Higuain’s achievement of joining the 50/50 club will last eternally in the MLS and Columbus Crew history books, this was soon erased from the thought processes of the man who achieved it.

This attitude and the obvious talent that the Argentine possesses, are the reason that Federico Higuain has been able to achieve so much in MLS and become such a fan favourite. His introduction to the 50/50 club does not completely define his brilliance, but certainly reaffirms it.