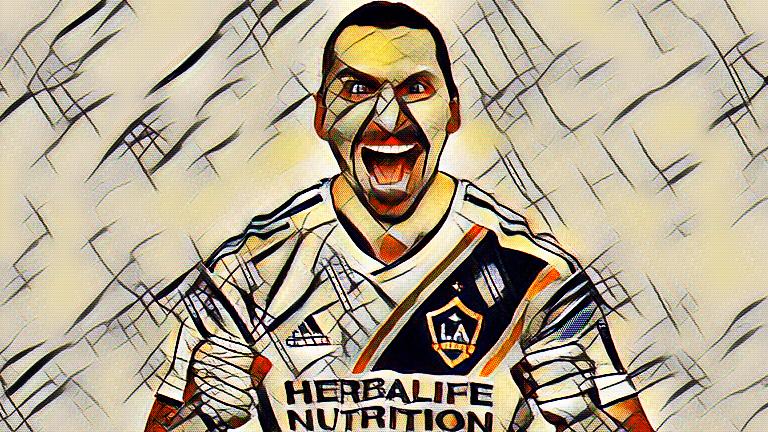 Here on MLSFootball.com we have featured many transfer stories over the offseason period and our very own Rundown has brought all of them to you.

In the last few months we’ve had some big names transferred and the biggest story, all told, has been in some dispute. Cyle Larin got his wish to test his mettle in Europe by joining Beşiktaş, the Ezequiel Barco transfer saga ended with the Argentine joining the Five Stripes of Atlanta for a fee reportedly worth around $15 million, Lee Nguyen engaged in a standoff with New England Revolution boss Brad Friedel as he skipped the first two weeks of preseason training and Montreal Impact prospect Ballou Jean-Yves Tabla joined European giants Barcelona.

The biggest story ‘has been’ in some dispute.

If you didn’t know that #zLAtan had arrived, he took out a full-page advertisement in the Los Angeles Times to make the announcement, saying very little; “Dear Los Angeles, You’re welcome.” I doubt Steven Gerrard did that and it’s a far cry from a post on the club website, a few quotes and maybe a YouTube video of the number one football cliché – a footballer holding up his new team’s shirt grinning like a schoolboy.

Why the hype? Why the interest worldwide? Here’s why…

Let’s start with the hard facts. Zlatan Ibrahimović hails from Malmö in Sweden, he began at his local side Malmö FF before departing his homeland to commence a tour of the very biggest clubs in world football: Ajax in Holland, Juventus, Inter and AC Milan in Italy, Barcelona in Spain, Paris Saint-Germain in France and Manchester United in England. In his career, he has earned 116 international caps for Sweden and in the process amassed 62 goals. He is Paris Saint-Germain’s leading goalscorer with 156 (in 180 competitive games) and been awarded the Guldbollen (Golden Ball), given to the Swedish player of the year, a record 11 times, including 10 consecutive times from 2007 to 2016. He has been described as the second coming of Marco van Basten, although he admitted in a rare moment of humility that his main influence was his idol, former Brazilian superstar Ronaldo, whom he regards as the greatest player of all time. Zlatan is inarguably one of the best footballers of his generation.

What does set the man who refers to himself more often than not in the third person is his evolution following turning 30-years-old. Normally footballers are looking to secure their future after turning 30 but Ibrahimović has scored more goals for club and country since turning 30 (251) than he did before hitting the milestone (232). One stat banded about by the British media has been that Zlatan has scored more club goals since turning 30 (217) than Robbie Fowler (208) did in the entirety of his career.

Has won over 30 team honours in a glittering career but not without controversy. Very early in his career he refused to attend a trial at Arsenal, quipping; “Arsène Wenger asked me to have a trial with Arsenal when I was 17. I turned it down. Zlatan doesn’t do auditions.” Threatening to break Rafael van der Vaart’s legs, punching Ajax teammate Mido, publicly falling out with Pep Guardiola, brawling with Milan teammate Oguchi Onyewu in training, in fact a list of other players Zlatan has exchanged physicals with includes Antonio Cassano (teammate), Rodney Strasser (teammate), Stéphane Ruffier, Dejan Lovren and Andrés Guardado. It is worth pointing out that as Roy Keane once said, you don’t win anything with choirboys in your team. Ibrahimović has even been featured in his own documentary, titled as you’d expect; ‘Becoming Zlatan’.

“He is an amazing player, someone really special who has marked an era. He has won league titles wherever he went. Of course, he can be quite temperamental. He says what he thinks, but that has never bothered me. There are not a lot of players with his character.” – Thierry Henry

“He is a physically magnificent specimen [ . . . ]. I’ve played with or against the very best in the world. I want to say that I have never met anyone who was so serious during both practice and games. When I came to Paris I knew that he was an incomparable talent as a player, but he’d be so tough and merciless on himself at all times, I had no idea. He is a born winner. He is a beast with huge self-confidence, and I’m one of his biggest admirers.” – David Beckham

“He has an ego, but on the field he behaves like a champion. It’s part of his character. No-one will change his personality, like Cristiano Ronaldo. Sometimes he shows an arrogant side, but when you know him he’s not like that at all. He’s quite nice.” – Zinedine Zidane

“When he’s on form, he’s unstoppable. He’s at the same level as [Cristiano] Ronaldo and [Lionel] Messi. He has the strength, the technique and the intelligence. He’s an extraordinary player.” – Gianfranco Zola

“Zlatan is unique – he’s the only player in the world who measures 1.96 metres, has the technique of Lionel Messi, the character of Muhammad Ali, and the strength of Mike Tyson.” – Mino Raiola

“When I see his stats and the records he is breaking – records were just a matter of time. When people ask me if I’m surprised he has scored so many goals, no I’m not. He is a player who has always scored goals – in Spain, in Italy. His statistics are unbelievable. He is an incredible competitor. He wants to win everything, he wants to score more goals. When I hear people questioning his abilities it means they don’t know a thing about football. He can have difficult patches of form but when you see what he has done, and I don’t think it’s over, I think it’s impressive.” – Laurent Blanc

“What [John] Carew does with a football, I can do with an orange.”

“When you buy me, you are buying a Ferrari. If you drive a Ferrari you put premium petrol in the tank, you hit the motorway and you step on the gas. [Pep] Guardiola filled up with diesel and took a spin in the countryside. He should have bought a Fiat.”

“It seems that the older I get, the more intelligent I get… The game is improving, I am getting better and better and like I said, I feel like Benjamin Button – I was born old and I will die young!”

One concern raised is obviously the cruciate ligament injury setback he suffered in December, which could taper his ambitions at least in the short-term. Comparisons are being drawn with Didier Drogba’s arrival in MLS and it’s no surprise, considering the power and aura of the man. Drogba joined Montreal Impact towards the end of the 2015 season and quickly established himself with 11 goals in 11 appearances. He’s now part of the Phoenix Rising FC setup, who themselves are hoping to earn a spot in Major League Soccer.

What’s even more intriguing than Zlatan’s quality and undoubted success is his effect on LA Galaxy as a competitive MLS franchise after a poor 2017 campaign. Zlatan won’t have Pogba and Alexis Sanchez to call on as teammates now, he must furrow for himself and hit the ground running. Galaxy have won one game and lost one so far in 2018 but the motivation for this signing may not have been from inside the club, where talk of defensive reinforcements have been higher on the agenda than one of the most marquee of signings.

The ‘noisy neighbour’ debate or argument might be more synonymous with the city that Ibrahimović has left behind but it’s come to the MLS in a big way with Los Angeles FC’s initial success almost prodding the Galaxy bear as they are led by their own high-profile signings such as Mexico international Carlos Vela, Costa Rican international Marco Ureña and Uruguayan Diego Rossi. With the Los Angeles derby coming on March 31st, you can imagine Zlatan taking a staring role.

Gyasi Zardes was the striker to leave LA Galaxy during the summer and while he has performed well in scoring goals having joined Columbus Crew, Sigi Schmid has made a significant upgrade in the evergreen Swede who will wear number 9 for the Galaxy. Zlatan is a game changer and for the MLS, a serious marketing tool in the vein of Gerrard, Beckham and Donovan before him in LA Galaxy colours.

Thought you knew all about MLS?