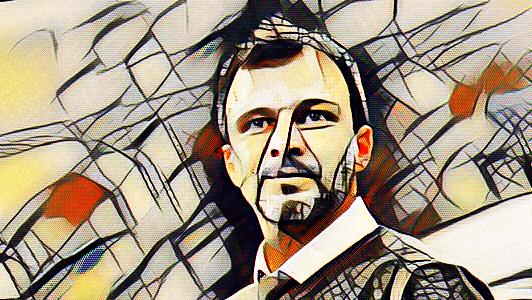 Previously on the New Manager Profile, a series looking at the new MLS head coaches in 2018, we looked at Brad Friedel, who is taking his first steps into management with New England Revolution and as a result, his profile focused on his playing career. In contrast, Anthony Hudson’s footballing life revolves around his managerial exploits.

The son of former Chelsea, Stoke City, Arsenal professional player and England International Alan Hudson, Anthony Hudson came up through the ranks at West Ham but was released without playing a game. A short spell at NEC Nijmegen followed but his playing career was effectively over by his mid-twenties.

Hudson threw himself into coaching in America before eventually returning to England to manage Tottenham’s reserve side. A stint as Newport County boss didn’t work out, followed by a successful stint with Bahrain where AFC Asian Cup qualification and a 2014 WAFF Championship bronze medal was achieved alongside Peter Taylor, before he was appointed New Zealand manager in August 2014.

Hudson was tasked with changing hearts and minds, both of the players and those who run the game in the country to change a relatively unprofessional set-up and turn the team into a competitive force.

An incident which stands out is the disqualification of the Under-23 side from Oceania Olympic Qualifiers at the Pacific Games in July 2015 for fielding an ineligible player due to an administrative error from the national body, for which Hudson risked the wrath of his bosses by hitting out at them. This continued as he expressed his displeasure that the national body failed to find a fixture against suitable opposition for the All Whites in the March 2016 FIFA window. Hudson clearly is not afraid of speaking out to make his point, which shows a level of courage.

Despite the mounting problems, Hudson’s All Whites won the 2016 OFC Nations Cup, winning four matches with the final being won via a penalty shootout after a 0–0 draw against Papua New Guinea, conceding one goal throughout the competition, from a penalty, in the process New Zealand’s victory saw them crowned Oceania Champions making them the most successful national team in the competition’s history, having won the tournament five times, and also saw them qualify for the 2017 FIFA Confederations Cup in Russia.

In June 2016, Hudson led the All Whites to 2017 FIFA Confederations Cup as the lowest ranked team, 95th at the time, in the tournament. They ended with three losses but the team, and Hudson, himself, earned plaudits. Hudson led New Zealand into a two-legged intercontinental playoff against Peru, world’s 10th ranked team at the time, for a place at the 2018 FIFA World Cup in Russia. After a 0-0 draw in Wellington, Peru beat New Zealand 2-0 in Lima, qualifying for the World Cup on aggregate over the two legs.