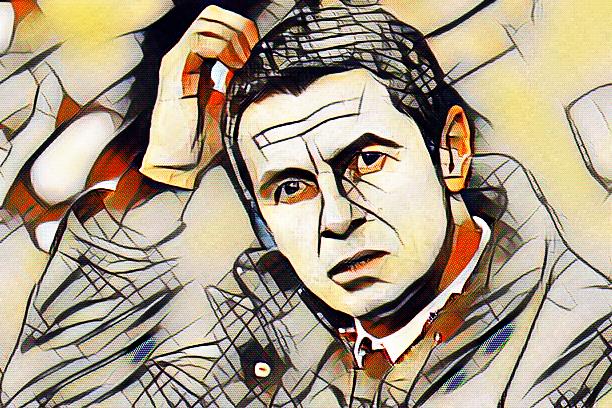 This week’s subject is the new head coach of Montreal Impact, Remi Garde. The Frenchman replaced Canadian Mauro Biello, who was sacked in October 2017 after having missed out on the MLS playoffs.

As a player, Remi Garde was a defender and defensive midfielder. He began his playing career at Lyon, nearby to his hometown of L’Arbresle, in 1982 and helped the club achieve promotion to Ligue 1 in 1989. He eventually became club captain, before departing Lyon in 1993 to join Strasbourg. After three seasons, he moved to England with Arsenal in August 1996.

His arrival in England preceded that of compatriot Arsène Wenger, had recommended him to the Gunners. Wenger was seeing out his contract in Japan with Grampus Eight but still orchestrated the arrivals of Remi Garde and Patrick Vieira, who arrived at Highbury on the same day. Unlike Vieira, the 30-year-old Garde was intended to be experienced cover rather than a future first-team regular.

Garde became known for his tidy and reliable performances as backup for Vieira or Emmanuel Petit; he played a total of 45 matches over three seasons for Arsenal, and was a member of the Double-winning side of 1997–98, making 10 league appearances that season and as a result only narrowly qualified for a Premier League winners’ medal.

With age and a persistent knee injury limiting his appearances, Garde retired from professional football in June 1999, just after he had narrowly missed out on a second successive double with the club, who had finished second in the league and lost the FA Cup semi-final to Manchester United.

In his career as a player, he won medals as part of Ligue 2 (1988–89), UEFA Intertoto Cup (1995), Premier League (1997-98). Unfortunately he was not part of Arsenal’s FA Cup squad in the 1998 final. His coaching career then began with the club he stated his professional career with, Lyon. Initially working as an assistant under Gérard Houllier during the successful period of several titles before Garde himself was appointed Lyon manager in June 2011.

While at the helm of Les Gones, Garde won the Coupe de France in 2011–12, in addition to the Trophee des Champions. He left at the end of the 2013–14 season, citing personal and family reasons.

His next destination was Aston Villa in November 2015 and arrived well respected in the game, not least by his mentor Wenger. In fact some of the Arsenal players recalled that they initially thought Garde was a member of the coaching staff himself, given the frequency with which he was locked deep in conversation with Wenger after training in the Frenchman’s early days at the club.

Unfortunately, relegation followed for Aston Villa, something which had been on the cards at the Birmingham club for some time. Garde’s spell at Villa makes harrowing reading, as they won just three of his 23 games in charge on their way to relegation from the Premier League with just 16 points. Villa fans themselves displayed sympathy for Remi Garde as his appointment at Montreal Impact became known, citing that he had an ‘impossible job’ with Villa and that he was thrown under the bus by the club’s hierarchy, including Randy Lerner.

Last season Impact missed out on the playoffs by 11 points, that’s the distance that Garde needs to inspire his team to make up to be judged a success in MLS.