MLS’s 2018 calendar has been made public, the big story being the release of LAFC’s full schedule for their inaugural MLS season, with the incoming expansion club set for a slew of intriguing matchups in their first year in the league.

Atop the list are LAFC’s three LA derby matchups with the LA Galaxy. The sides won’t have to wait long to meet in MLS play, with LAFC set to travel to StubHub Center to take on the Galaxy in the first-ever matchup between the clubs on March 31 in a match that will be televised on FOX in the United States. LAFC will host the Galaxy at Banc of California Stadium on July 26 before the teams meet for the third and final time in the regular season at StubHub Center on Aug. 24 as part of Heineken Rivalry Week. The latter two contests will both be broadcast on ESPN for Rundown’s American friends.

LAFC will play their first six matches on the road, not opening the Banc of California Stadium until April 29 against Seattle. The club will have an extended break in March, getting two weekends off in between their March 10 match at Real Salt Lake and their March 31 contest at the Galaxy.

The home opener against Seattle will begin a run of four-straight home matches for LAFC, who will follow the contest against the Sounders with games against Dallas, Minnesota and NYCFC. Other notable LAFC matches include their April 7 contest at 2017 expansion club Atlanta, their Sept. 1 Bob Bradley vs. Michael Bradley match at Toronto FC and their Decision Day clash at Sporting Kansas City on Oct. 28.

In joining LAFC, Feilhaber will be reunited with head coach Bob Bradley, another former manager with the national team. Feilhaber is the 11th player to be added to LAFC’s roster as the expansion side prepares for its inaugural MLS campaign.

“Benny and I shared some good days with the US national team,” Bradley said. “I am excited to work with him again. He has an attacking quality and an excellent understanding of the game. We welcome Benny to LAFC.”

Ortuño has spent most of his career in the Spanish second division. He last played for La Liga 2 side Cadiz, scoring 17 goals and adding three assists in 42 league appearances for the club last season.

“I’m very happy to be signing with Real Salt Lake and very excited to live in America,” Ortuño said in a statement released by RSL. “It’s a great opportunity for me to continue to grow as a player in a challenging environment.”

Prior to playing for Cadiz, Ortuño spent time in La Liga 2 with Mallorca, Real Zaragoza, Las Palmas and Girona. He had a brief stint in La Liga with Granada in the 2014-15 season, playing five times but failing to find the back of the net. He has 41 goals in 141 appearances in the Spanish second division.

After considerable anticipation, D.C. United have the date set to open their brand-new soccer-specific stadium. Audi Field, located at Buzzard Point in Washington, D.C., will host its first competitive game for United on July 14, against Vancouver Whitecaps FC. It will be the team’s home venue moving forward, after playing in RFK Stadium from the team’s founding in 1996 until the end of the 2017 season.

The debut of the newest venue in MLS will be the culmination of a challenging early schedule for D.C. United this season, as they will play 12 of their first 14 MLS regular season games on the road before the July 14 opener. The additional two games, which will be home matches for D.C. United, will be on March 17 against Houston Dynamo and April 14 against Columbus Crew SC, at alternate local venues to be announced at a later date.

Vancouver Whitecaps Homegrown defender Sam Adekugbe will not be making a permanent switch to IFK Goteborg as they did not ultimately pick up the purchase option on the left back’s loan deal, as “they couldn’t finalise details with the Whitecaps”… Real Salt Lake are expected to offer Chilean midfielder Cristobal Jorquera a contract, according to a report out of Turkey… Columbus Crew are the latest team to release their kit for the new season as per below. 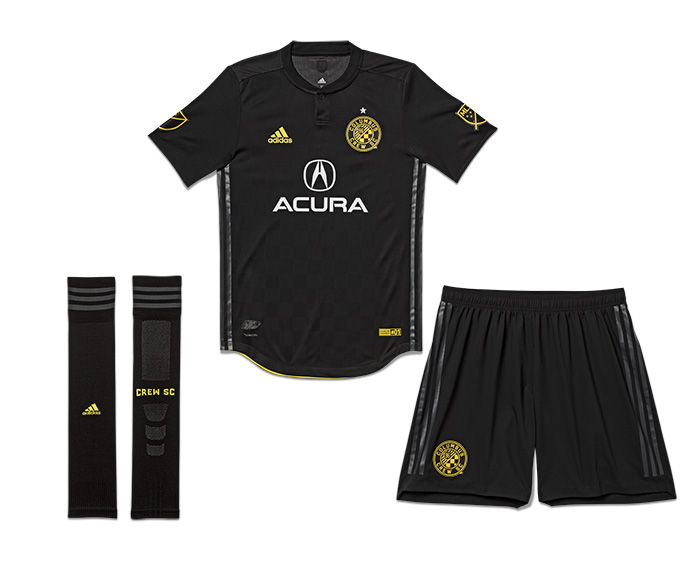