Midfielder Eric Bird has made the transition from Houston Dynamo’s USL affiliate, Rio Grande Valley FC, to the senior team.

The 24-year-old has spent the last two seasons with Rio Grande Valley after previously representing Philadelphia Union – he has drafted by the Union in the second round of the 2015 MLS SuperDraft – but never made an appearance for the Eastern Conference side.

During his two years at RGV FC, Bird played in 51 games and scored 10 goals while providing four assists.

In one of the more protracted transfer stories of the winter it appears a breakthrough has been made in Cyle Larin’s move to Europe from Orlando City.

A report from goalbien has Turkish side Besiktas ready to meet with Orlando after already having agreed a deal in principle for the 22-year-old, who has 43 goals in 87 league appearances. This story was covered on this very website by Matt Kelly’s article in November, which did indicate Besiktas as a potential destination for the forward. As always, MLSFootball is at the very forefront of happenings stateside.

Cyle Larin has made it clear that his future lies in Europe but then again, so did…

ADJUST YOUR MAPS, MEXICO IS NOW IN EUROPE

Mexican club CF Pachuca have announced the signing of Gambian striker Kekuta Manneh, who previously had a trial in Germany with Union Berlin and wanted to move out of MLS to Europe. 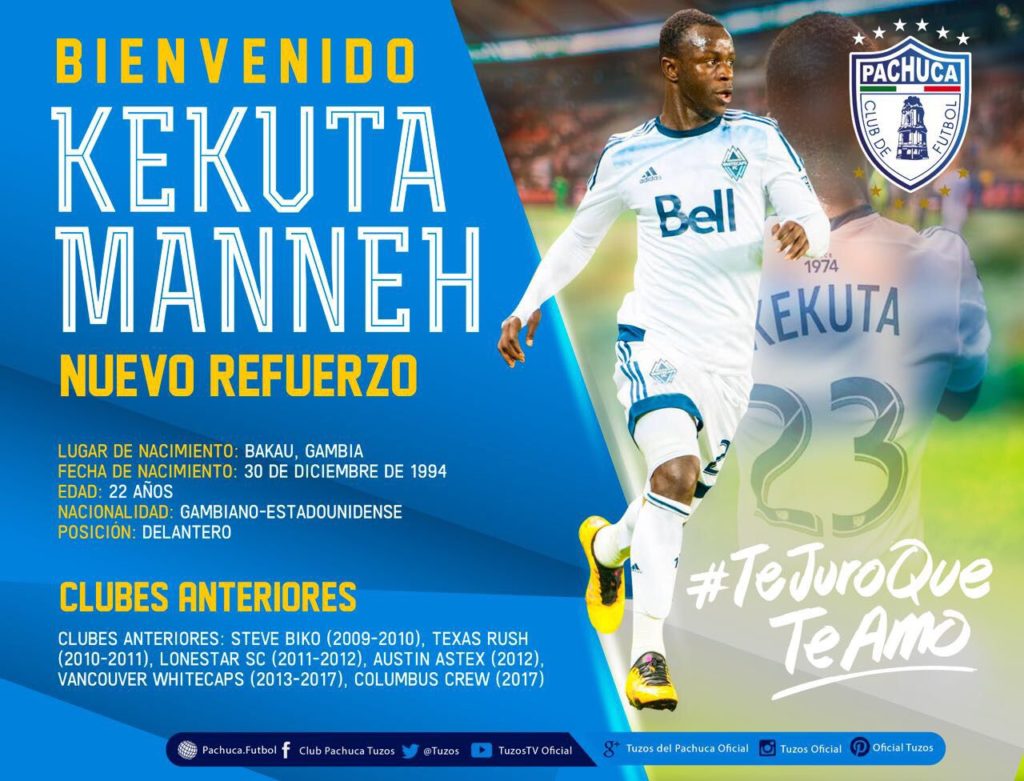 Manneh, who turns 23 on Saturday, had been offered a contract to return to Columbus Crew SC after he was dealt from the Vancouver Whitecaps in late March, meaning Columbus retains Manneh’s MLS rights.

NEWSFLASH: ALL COSTA RICANS ARE HEADED TO MLS

Another day, yet another report that a Costa Rican will join an MLS team. This time it’s a big one as according to Costa Rica’s Yashin Quesada, Costa Rican international and LD Alajuelense captain Jose Salvatierra is deliberating between offers from MLS clubs or a return to La Liga. MLS Rundown would suggest that Malaga is lovely this time of year.

A year ago, Salvatierra agreed to a move to FC Dallas, but a failed what Rundown calls a medical and Americans refer to as a physical, which scuppered his move.

The 28-year-old, who is described as an outside back (never heard of one), is currently out of contract with LD Alajuelense. In a line which MLS Rundown is going to copy and paste every day for the next several weeks: reported interest in MLS follows a growing trend of Costa Rican internationals finding a home in the US or Canada. #Understatement.

Portland Timbers are the latest MLS side to target a Paraguayan youth international, they are targeting 19-year-old midfielder Cristhian Paredes, who is currently under contract with Mexican team Club America.