PULISIC NAMED US SOCCER MALE PLAYER OF THE YEAR

History has been made as Borussia Dortmund’s Christian Pulisic has been named 2017 US Soccer Male of the Year at age 19, besting Landon Donovan who earned the same honour in 2003 at age 21.

It was an absolute landslide as Pulisic received a whopping 94 percent of votes from US national team players who earned a cap in 2017, USMNT and US youth national team coaches, Major League Soccer, North American Soccer League and United Soccer League head coaches, as well as select former players, administrators and media members.

Pulisic’s accomplishments have seen him play in the Champion’s League, assist Dortmund to the DFB Pokal and he played in nine games for the US men’s national team during 2017.

94 percent. Imagine that. There are politicians who would dance with wolves and wrestle alligators for a similar seal of approval.

Somewhat worryingly for Ashley Cole, LA Galaxy have signed Norwegian defender Jorgen Skjelvik on a free transfer from Rosenborg. The left back has spent four and a half years with Rosenborg, winning two league titles and a Norwegian Cup in that period in addition to playing in the Europa League.

Skjelvik came through the youth ranks at Stabaek and was on loan at Helsingborg before joining Kalmar, he then moved to Rosenborg in 2013. He has earned seven international caps with Norway.

“Jorgen has been a key player on multiple title-winning teams and has his best years of soccer in front of him,” said LA Galaxy head coach Sigi Schmid in a club release. “He has experience playing at a very high level for club and country and he can immediately strengthen our backline. We are excited to welcome him to Los Angeles and look forward to Jorgen representing the LA Galaxy.”

Shelton, 24, was the No. 2 overall pick and first ever MLS SuperDraft selection for NYCFC in 2015. In 54 appearances across three seasons for the team, mostly as a substitute, Shelton scored six goals and 10 assists in MLS regular season play.

Abdul-Salaam, 26, was the No. 12 overall pick in the 2015 MLS SuperDraft for Sporting. In three seasons, the right back made 64 appearances in MLS regular season play for Kansas City, scoring a goal and eight assists in that span. Despite being first choice in his position in 2016, Abdul-Salaam fell behind Graham Zusi in the pecking order in 2017.

FROM RENO TO SAN JOSE

San Jose Earthquakes have boosted their playing ranks with three signings from their USL affiliate, Reno 1868 FC. Defender Jimmy Ockford, midfielders Luis Felipe and Chris Wehan are the players to progress to the Earthquakes.

Ockford is the only one with prior MLS experience, he was drafted by Seattle Sounders in 2014 but only made one appearance in two seasons for the Sounders. Luis Felipe is a New York-born, Brazilian raised footballer who came through the Cruzeiro youth system and is eligible for both Brazil and US national teams. Wehan has just one season with Reno under his belt but was named USL Rookie of the Year. Wehan was also selected in the 2017 USL All-League first team.

Real Salt Lake rarely make the big headlines, they operate under the radar, but look set to bring back two important players for the 2018 campaign.

The Salt Lake Tribune’s Maddie Lee reported on Tuesday that Nick Rimando, a free agent, and Brooks Lennon, on loan from English giant Liverpool, are expected to return, according to general manager Craig Waibel.

Rimando, 38, is a walking all-time record holder, both for goalkeepers and all players, and just completed his 18th professional season (11th with RSL) in MLS, playing 28 MLS regular season games, winning 13 and keeping eight clean sheets in 2017.

Lennon, 20, completed his first season in MLS during 2017. A Real Salt Lake-Arizona academy product, Lennon signed a professional deal with Liverpool, but was loaned back to RSL to get minutes under his belt. He played 25 games in MLS regular season play, scoring three goals and four assists, while also playing for the US national team at the U-20 World Cup.

A New Zealand international, Colvey recently played against Peru under Hudson in a World Cup qualifying playoff that the Kiwis went onto lose. The 23-year-old appeared in four games for the Quakes in 2016 but failed to make a single league appearance in 2017.

Diop joins the Impact after making 15 starts with the Galaxy in 2017, where he kept two clean sheets and conceded 31 goals.

Those players not selected in the waiver draft are now free to sign with the team of their choice.

Columbus Crew have acquired Jon Kempin from the LA Galaxy in exchange for a fourth-round 2018 MLS SuperDraft pick.

24-year-old Kempin spent the last season with LA Galaxy after beginning his career as a Homegrown signing of Sporting KC, starting seven games in MLS regular season play. His season highlight came in a game against Columbus at MAPFRE Stadium in August, when he made two penalty kick saves in the same game, becoming just the fifth player in MLS history to accomplish that feat.

Kempin is expected to serve as the backup to another young goalkeeper, Zack Steffen, who took on the mantle as the Crew’s number one in 2017.

13-year MLS veteran Jeff Larentowicz, who made 33 appearances (30 starts) at defensive midfielder and centre back has re-signed with Atlanta United.

34-year-old Larentowicz has scored 39 goals and added 20 assists in his MLS career. He made his 338th career MLS start and 357th MLS appearance against Toronto in October, both of which place him at No. 9 in MLS history among outfield players. Larentowicz has also played in at least 23 games each year since the 2006 MLS season.

Probably not a headline Sam wanted to read, however, former MLS prospect and contributor to this very website Sam Zisette was invited to train with La Liga club Granada CF affiliate side Cubillas FC. 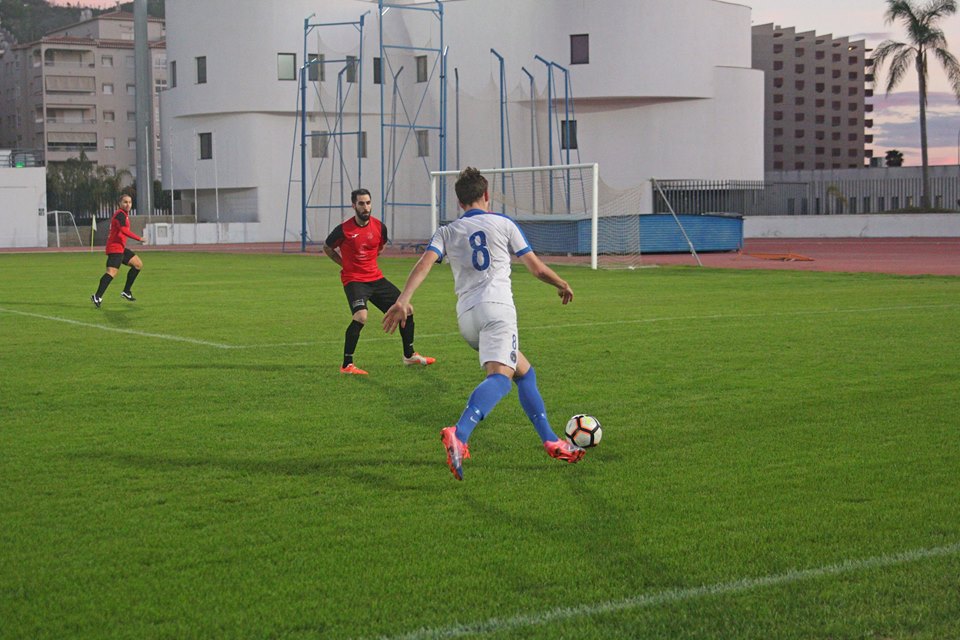 Current CD Almuñecar City and former Seattle Sounders 2 midfielder Zisette is being assessed over the Christmas break after taking part in a training session overseen by Dortmund and Schalke legend Felipe Santana. Should he be offered a contract, Sam would join a side competing in Segunda B.

Best wishes to Sam, everybody at MLS Football wishes you well!

Maxi Urruti may have been denied a move to San Lorenzo during the summer but is currently being targeted by Red Star Belgrade and Colombian team America de Cali… Montreal Impact goalkeeper Maxime Crepeau has asked for a trade in order to advance his career, according to TVA Sports’ Nicolas Martineau… Rumoured Atlanta United target Ezequiel Barco scored for Argentine club Independiente to help them lift the Copa Sudamericana against Brazilian club Flamengo… according to his agent Laurent Cimen was left shocked when he was traded from Montreal Impact to LAFC and was unaware of the deal ahead of time.