Columbus Crew manager Gregg Berhalter thinks he may have his heir apparent to Federico Higuain, and he can thank Atlanta United striker Josef Martinez for lending a helping hand. Columbus have announced that they have signed 21-year-old Venezuelan attacker Eduardo Sosa from Venezuelan club Zamora FC. Sosa has already won three domestic titles with Zamora.

With Higuain, 33, signed on for at least one more year, Berhalter said now is the “perfect time to add someone” with the opportunity to allow Sosa “to grow without the pressure of having to perform from day one.”

Sosa is one of several Venezuelan additions to MLS in recent years. Perhaps the highest-profile Venezuelan in the league is Martinez, who exploded onto the scene in 2017 and has reportedly garnered interest from large European clubs.

“Josef Martinez came here and did really well, and I think there’s been a lot of attention surrounding his performance in MLS,” Berhalter said. “I know Eduardo talked to Josef before he decided to sign with us, and [Martinez] was very positive about the league, very positive about our team and it made Eduardo’s decision a little easier.”

FC Dallas have announced the signing of University of Portland defender Kris Reaves to a Homegrown Player contract, continuing the club’s tradition of grooming young talent from within. Reaves becomes the 20th Homegrown in FCD history.

A 6-foot-2 defender who seems likely to be auditioned at fullback at the professional level, Reaves spent two of his four NCAA seasons at Wake Forest before transferring to UP ahead of his junior year.

A native of Duluth, Georgia, Reaves joined FCD’s academy in 2012 and played alongside current FCD and US national team midfielder Kellyn Acosta, occasionally featuring in Dallas’ reserve team during his final two years as a youth player.

Chicago Fire have moved to secure the services of one of college soccer’s top players, announcing that defender Grant Lillard has signed a Homegrown Player deal after four impressive seasons at Indiana University. Lillard is under contract for the 2018 season, with club options for 2019 and 2020.

Lillard, 22, captained the Hoosiers to the 2017 College Cup final in his senior season, anchoring the best defense in NCAA as IU posted a 0.242 goals against average with 18 clean sheets and just seven goals conceded over 25 games.

“It’s a dream come true to sign with my hometown club. After moving here in high school, this is where I set as my goal to play. It’s an unbelievable experience to have it become a reality,” said Lillard in a club statement.

“Even with the academy, we always talked about what it means to represent the Chicago Fire and wear the badge. To be able to do it now at the senior level and in front of hometown fans is an unbelievable honour.”

Lillard becomes the 10th Homegrown signing in Fire history and marks the first incoming signing of the offseason for the club, who have four defenders from last year’s first team squad either out of contract or with options declined.

After six seasons in the league, Giles Barnes has bid goodbye to MLS. The English-born Jamaican international has signed with Liga MX side Club Leon, the club announced on Twitter. 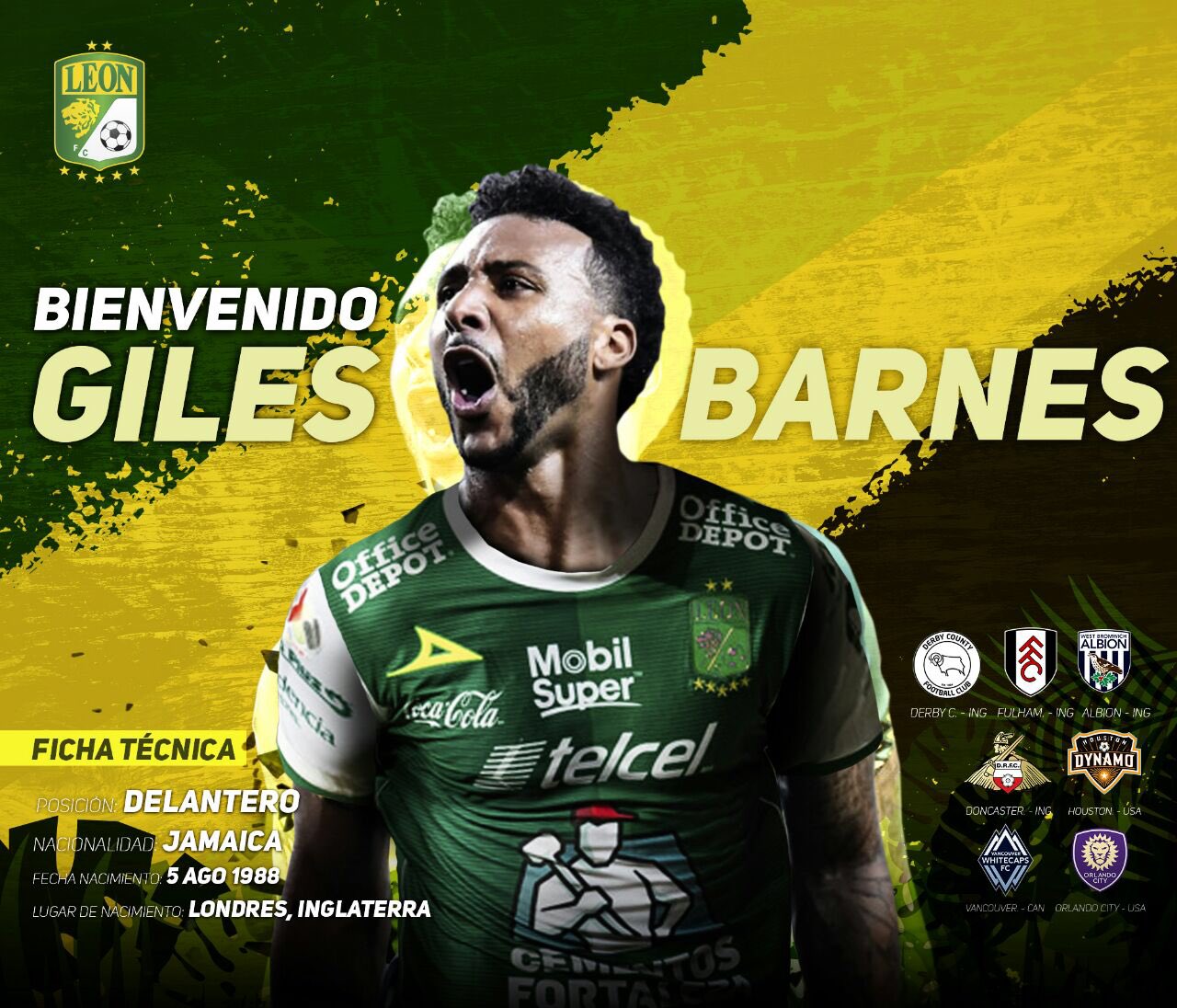 Barnes, 29, spent last season with Orlando City SC, recording three goals and two assists in 34 appearances for the Lions. He spent the first four and a half years of his MLS career with Houston, helping the Dynamo to their appearance at MLS Cup in 2012 before being traded to Vancouver midway through the 2016 season. He was shipped to Orlando in exchange for Brek Shea just before the start of the 2017 campaign and had his contract option declined by the Lions following the season.

Barnes leaves MLS with 36 goals and 17 assists in 157 career regular season appearances. He has three goals in 19 career appearances for Jamaica.

New York City FC are attempting to land defensive midfielder Joey Pelupessy from Dutch side Heracles, according to the Eredivisie club’s technical director Nico-Jan Hoogma… Atlanta United’s USL team will be named Atlanta United 2, abbreviated to ATL UTD 2. They will play their home games in Gwinnett County, Georgia at Coolray Field, the home of the Gwinnett Stripers, the Triple-A affiliate of Major League Baseball’s Atlanta Braves. The stadium, which opened in 2008, will have a USL capacity of 10,427… Seattle-area reporter Niko Moreno suggests that Seattle Sounders have “serious interest” in obtaining 20-year-old Panamanian striker Ismael Diaz. Seattle were also linked with Diaz last summer after he made three appearances for Panama in the 2017 CONCACAF Gold Cup, scoring once.