As mentioned in yesterday’s Any Other Business, it has become evident that MLS scouts are finding new talent in West Africa, including such nations as Ghana, Cameroon and Nigeria. These countries are slowly replacing the usual Caribbean and Central, even South, America that has been MLS’s favoured territories.

With the USL in place as a reserves league, this means that youngsters can come over from Africa and develop into first-team talent, all while playing in a competitive league that can be a springboard for a move to MLS or Europe. Recent examples are cited such as Anatole Abang, on loan in Romania from the New York Red Bulls as well as Montreal Impact defender Ambrose Oyongo’s recent signing in France.

Metro reports that Ibrahim Usman is in talks of joining the Seattle Sounders and will be featured in their USL team. New York Red Bulls have lined up a deal for 18-year old attacker Jerome Philip, a player who is on the radar of his nation’s U-20 national team. Nigerian teenager Muhammed Saleh will join reigning MLS Cup champions Toronto FC and will start his career with the club in the USL.

TYTON TO MLS (DON’T GET YOUR HOPES UP)

In a developing trend, a player at a decent-sized European club is being touted for a move to MLS. This time it’s a goalkeeper for Spanish club Deportivo de La Coruña; Przemyslaw Tyton.

According to a ‘local media report’, which if you’re unaware is a byword for journalistic integrity and accuracy, Tyton could be leaving Spain with a potential destination MLS. However, the report also indicates that he may also remain in Europe and any deal could include a percentage of the future transfer fee. Rundown can’t help but wonder why they stopped there, why not link him with every team in South America and Asia. During the offseason, articles like this are as predictable as the argument about whether Die Hard is a Christmas film. For the record, Rundown believes that it is.

A Polish international with 14 caps, Tyton made 13 starts for Deportivo last season but has been limited to one La Liga appearance and one runout in the Copa del Rey during the current campaign, finding himself below Ruben and Costel Pantilimon in the pecking order.

Montreal Impact have announced that they have re-signed fullback Chris Duvall to a new two-year deal with an option for 2020. Duvall was acquired by Montreal last offseason after being selected by Minnesota in the Expansion Draft from the New York Red Bulls. He scored one goal and provided two assists in 27 regular-season appearances for Montreal. 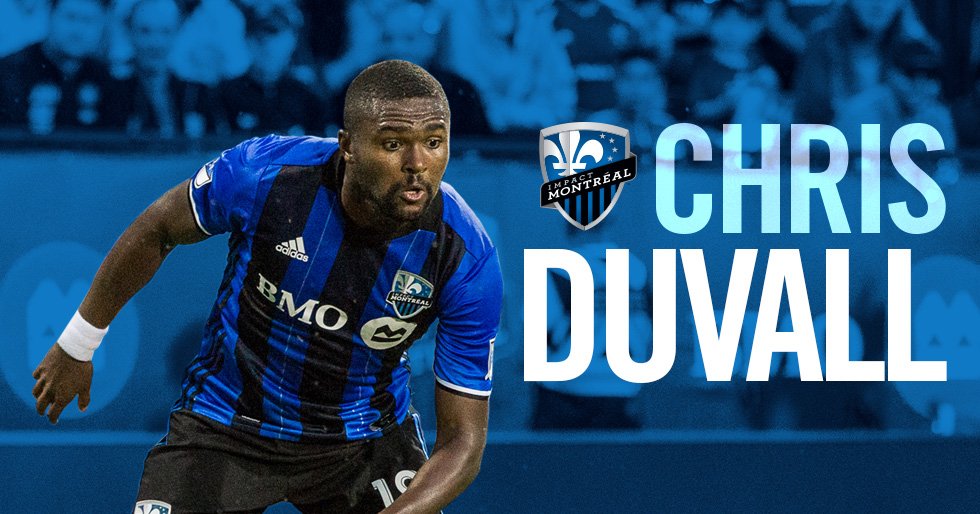 Duvall, who was out of contract after the 2017 season, spent the first three years of his career with the New York Red Bulls. “I’m happy that Chris took the decision to continue with the Impact,” said head coach Rémi Garde. “He’s a player with experience in MLS who had a good 2017 season, notably due to the consistency of his defensive effort for the team.”

TAKE ME BACK TO SAN JOSE

San Jose Earthquakes have announced that they have acquired Danny Hoesen on a permanent transfer from Dutch club FC Groningen and signed him using Targeted Allocation Money. The 26-year-old spent 2017 on loan at San Jose, recording five goals and five assists in 32 league appearances, 20 of which were starts.

“We’re very happy to have come to an agreement with his former club to bring Danny back on a permanent transfer,” said Earthquakes GM Jesse Fioranelli. “Securing his services for 2018 and beyond was a priority for us as soon as last season came to an end. He was a positive influence on our locker room and a steady contributor throughout the season. We’re looking forward to him showcasing his talent to the league once again next year.”

As this is the last MLS Rundown of 2017, allow me to thank anybody that has read these updates since they began a month ago and wish you a very happy New Year’s Eve. We’ll be back on Monday in 2018 with a resolution to provide MLS news and updates as best we can throughout the year.